You are here: Home / Featured / Why Companies Shouldn’t Pry Into Employee Facebooks 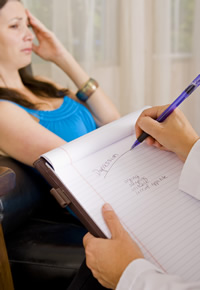 Most people know that their bosses research them on the internet. It is for this reason that most employees have privatized their Facebook settings, ensuring that their employers are denied access to the place online that contains most of the information about their personal lives.

This recently exposed employer practice has business owners and employees alike wondering, “Is it right?” If you’re an employer or a company representative, the short answer is “No.” Here’s why:

You could find yourself in legal hot water.

This risk is one that every employer should consider before obligating candidates and employees to grant your company access to their Facebook accounts. There are a number of ways that you could put your company at risk for a lawsuit by obtaining information from prospective employees before you choose to hire them.

For example, consider this scenario: You are perusing a candidate’s Facebook profile when you see that her “interested in” section says she is interested in women. Now you know she is a lesbian.  This situation becomes dangerous because she knows that you know. Should you choose not to hire her, she could argue that you passed her over because of her sexual orientation.  Now something that you otherwise never would have known and that would not have affected your hiring decision in the slightest could be putting you at risk for a lawsuit.

Similarly, consider a situation in which you’re interviewing another female candidate when you discover, through searching through her profile, that she announced last week that she is two months pregnant. Her pregnancy isn’t visible yet, but because you searched her Facebook, you now know that in about seven months, she’ll have to take off for maternity leave. Again, if you choose not to hire her, she could argue that the basis behind your decision to deny her the job was that you knew about her pregnancy. You’ll be hard-pressed to prove otherwise, considering you did know about the pregnancy.

The situation is equally disturbing when it comes to current employees. Imagine you just discovered through browsing one of your employees’ Facebook profiles that he is in the process of divorcing his wife. Or that he’s a Muslim. Or he’s gay. Or he supports abortion. Or he’s an atheist. Or he hates your favorite politician. The list goes on, and if any of these things goes against your personal beliefs, how are you not supposed to treat him differently- even if subconsciously- after you discover something about his private life that changes your opinion of him completely? The problem is, though, that you aren’t supposed to treat him differently at all. And if you do, you could find yourself in the midst of a discrimination lawsuit.

Reginald Braithwaite wrote a compelling fictional letter of resignation on this subject. It’s a perfect example of why the line between personal and professional lives exists and why it’s unfair to force an employer to investigate their employees’ personal lives. As described above, they’re likely to find something there that will make their job of treating all employees fairly and equally infinitely more difficult.

Even if you do check, there’s no guarantee that you’ll get accurate information.

This one’s simple: As employees across the country learn of companies’ Facebook snooping policies, many of them are responding by simply changing their Facebooks. Some individuals “clean up” their profiles before interviews by deleting controversial posts, blocking certain friends, and changing questionable pictures. Others create a second, completely fictional Facebook profile. As an employer, there’s no way to know if the Facebook profile you’re viewing for hiring purposes is the candidate’s legitimate page or if it’s one they created for the sole purpose of deceiving nosy company representatives.

Is it worth it, then, to check a potentially fake Facebook profile that probably won’t give you any insight into the employee, knowing that it will be instilling in the employee the message that your company is both distrustful and disrespectful of the concept of privacy?

It’s an invasion of privacy (and not just the employee’s). 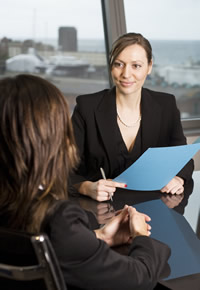 Most experts agree that deep Facebook snooping is a complete invasion of privacy. Facebook is the place online where most individuals feel they can speak freely about anything, so even if they have nothing to hide from their bosses, the idea of their employer having access to every aspect of their personal life is a bit unnerving.

What’s more, the practice will probably be outlawed soon anyway. The Department of Justice has spoken out against employers requiring employees and prospective employees to disclose their profile passwords, and at least one Senator has already started drafting legislation against the practice.

By prying into candidates’ Facebook accounts, not only will you be violating your potential employees’ trust and showing them that you, as an employer, have no respect for the line between professional and personal lives, but there’s also a good chance that you won’t even be viewing accurate information. And even if they do give you access to their actual account, you could become privy to information that could set you or your company up for discrimination lawsuits.

The line between employees’ private and professional lives exists for a reason, so as an employer or company representative, it’s important for you to respect it.