You are here: Home / Featured / The Sneaky Productivity Drainer in Your Office 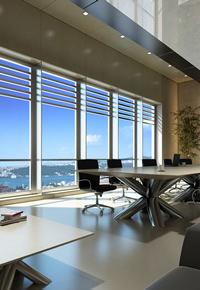 There are certain factors that everyone knows will kill a company’s productivity, but one factor in particular is being overlooked in offices across the globe: lighting. It might seem like a minor thing, but an employer’s choice of lighting can have a marked impact on the level of productivity exhibited by the company’s employees.

In a study conducted by the American Society of Interior Design, it was found that 68 percent of employees across the country complain about the lighting in their workplace, and when employees have complaints, productivity is going to suffer. Are you making lighting mistakes that are detrimental to employee motivation?

The Problem With Artificial Lighting

Artificial lighting, while the most common source of lighting in office buildings, usually presents one of two problems: Either the lighting is too dim, or it’s too harsh. Either one can have a negative impact on your company’s productivity, so it’s important to fix the problem. Dim lighting, for example, can cause eye strain and headaches, because when the eyes attempt to see through inadequate lighting, they are forced to work much harder, causing immense amounts of strain. Lights that are too dim can also result in drowsiness and lack of focus, which is obviously not conducive to employee motivation.

On the other end of the spectrum (so to speak) lies harsh lighting. Harsh lighting is just as harmful as dim, but it’s far more common in today’s office buildings, thanks to the popularity of the stereotypical overhead florescent lights. This type of lighting has a number of negative effects on employees, and studies have shown that florescent lights can cause eye strain and trigger migraine headaches. And like dim lighting, this harsh lighting makes it difficult for employees to focus, meaning their performance at work will likely suffer as a result.

The best alternative to lighting at either extreme (too harsh or too dim) is natural lighting. In a study conducted in Britain and published in “The Responsible Workplace,” it was concluded that windows were the top determinant of an occupant’s level of satisfaction with their building. This trend is due to light’s ability to affect the human body, which it does both directly and indirectly. Directly, light affects what and how much we’re able to see (which, on a practical level, determines how well we’re able to work), and indirectly, light has been shown to have a major impact on our mood, behavior, and hormonal balance. Natural lighting renovations and substitutions have been shown to be very effective at increasing worker happiness, decreasing employee absenteeism and illness, and increasing company productivity. 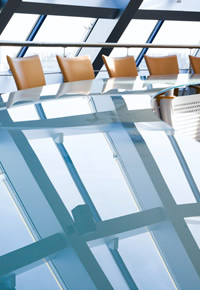 According to a number of studies, the impact of lighting on productivity is quite substantial. Although a natural lighting renovation is not an option for some offices, those that have the option should strongly consider it. It might seem a large undertaking, but the financial gains that occur as a result of energy savings and increased productivity often more than make up for the cost of the investment.

Consider the following case study as an example: In the late 1980s, the U.S. Post Office in Reno, Nevada renovated its lighting systems to make them more worker friendly. This upgrade resulted in energy savings of about $50,000 per year, but the real benefits were a result of the increased levels of employee productivity. Among other improvements, the facility’s mail sorters became the most productive sorters in the western half of the country, and its machine operators had the lowest error rates in America. The financial impact of this productivity increase was estimated to have boosted the office’s revenue by approximately $500,000 per year. And this wasn’t an anomaly; many other companies have seen similar results after lighting renovations.

Lighting is often overlooked as a determinant of worker productivity, but it shouldn’t be. With light being the main component of vision and vision being responsible for about 85 percent of how we perceive the world around us, it’s not difficult to see why implementing bad lighting systems in your office building could kill employee productivity.