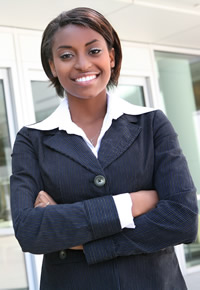 Performance bonuses are very common, in part because they are a fairly basic type of performance-based pay. To award bonuses, a company rates the long term or short term productivity or performance of an individual employee, a team of employees, or an entire department and then uses that evaluation to award a special bonus. These bonuses are often not given in predetermined amounts; rather, they are determined on a case-by-case basis and are given for exceptional performances. While performance bonuses can be very effective, employers must be extremely careful in the implementation of this technique. Because these bonuses are not given in standard amounts or frequencies, some employees could make a case for favoritism if the bonuses are not well-planned. Therefore, award these bonuses with caution and with an explanation.

Gain sharing involves compensating certain parts a company with the financial rewards of the business’s improved performance. Basically, if a company sees increased cash flow, a pre-negotiated percentage of the financial gains is awarded to the employees responsible. This encourages increased productivity among employees by sharing the rewards of their hard work, with the basic premise being that if employees see how their hard work directly benefits the company and themselves (in the form of gain sharing bonuses), they’ll want to improve their performance. 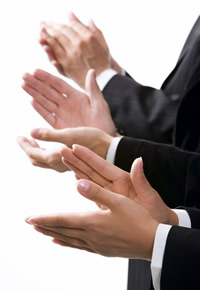 On the surface, profit sharing seems very similar to gain sharing. The difference between the two, however, is very important. Unlike gain sharing, profit sharing is not linked to the performance of an individual or a department, but rather is related to the profits of the whole company. As with gain sharing, increases in the company’s profits are distributed among employees according to a pre-negotiated formula, but unlike gain sharing, the focus is not on the performance of one single employee or department. Instead, profit sharing emphasizes the importance of teamwork within a business by dividing financial rewards among all employees, not just those in the group responsible for the profit increases.

In a skills-based rewards system, employees are financially compensated based on the number of skills they obtain that are relevant to their job. In some companies, instead of giving annual raises automatically, employees have the option of receiving additional training for skills that the company thinks will improve their performance at work. If the employee chooses to attend the training session, they get rewarded or receive a raise. If they choose to opt out, they receive no reward or receive a smaller raise. This method is based on the simple idea that employees with more relevant skills will be more productive, and compensating employees is a great way to encourage them to become trained in those skills.

All types of performance-based pay plans can increase motivation and productivity in a company, but not every type will work for your business. You’ll have to determine on your own whether the above types of performance-based pay systems will be appropriate for your company, but whatever you decide, remember this simple fact: Employees who feel appreciated and well-compensated are more likely than under-appreciated employees to be loyal, to work hard, and to care about the future of your company.